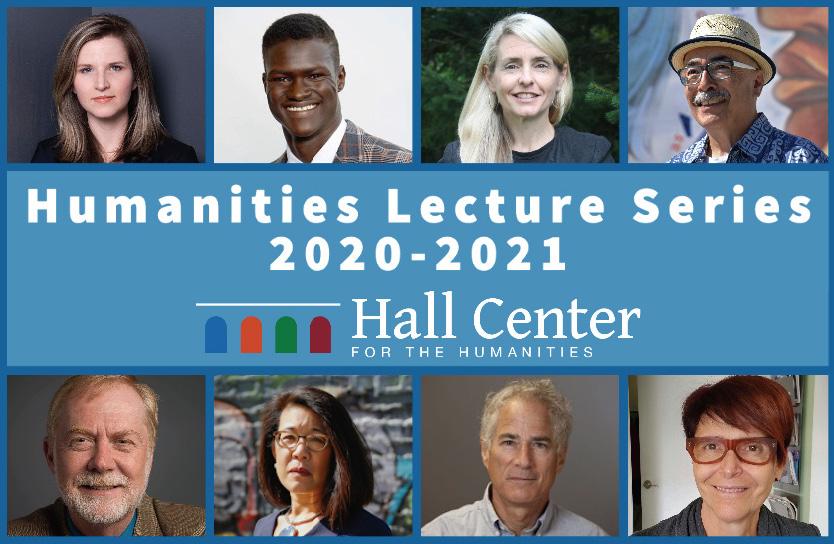 Greetings from the Hall Center for the Humanities. We hope that you and your loved ones are well and taking good care of yourselves as the pandemic continues to transform our lives, and as recent acts of violence against Black Americans give rise to grief, anger, and protest.

The last few months have highlighted the enormous value of the arts and humanities as they inform and inspire people across the United States and around the globe. Here at the Hall Center for the Humanities, we are determined to sustain a lively, thoughtful community of ideas despite physical distancing.

Our 2020-2021 lecture series will begin online via the new Hall Center crowdcast page: HERE, and then shift to in-person gatherings once it is safe to do so. All 2020-2021 events will be live-streamed for those who are unable to attend in person or feel uncomfortable doing so. We hope that you will join us over the coming months to hear these engaging and thought-provoking speakers! 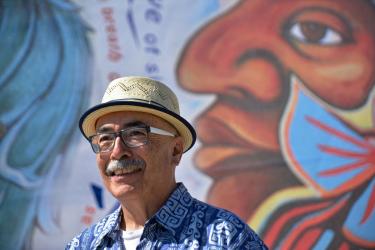 An Evening with Juan Felipe Herrera

In 2015, Juan Felipe Herrera was appointed the 21st United States Poet Laureate, the first Mexican American to hold the position. In his statement announcing this choice, Librarian of Congress James H. Billington said that Herrara’s poems “champion voices, traditions and histories, as well as a cultural perspective” that serve to illuminate our larger American identity. Herrera grew up in California as the son to migrant farmers, which, he has commented, strongly shaped much of his work. A Washington Post article recounts that “As a child, Herrera learned to love poetry by singing about the Mexican Revolution with his mother, a migrant farmworker in California. Inspired by her spirit, he has spent his life crossing borders, erasing boundaries and expanding the American chorus.”

Herrera is the author of thirty books, including collections of poetry, prose, short stories, young adult novels and picture books for children. His collections of poetry include Every Day We Get More Illegal (2020); Notes of the Assemblage (2015); Senegal Taxi (2013); Half of the World in Light: New and Selected Poems (2008), a recipient of the PEN/Beyond Margins Award and the National Book Critics Circle Award; 187 Reasons Mexicanos Can’t Cross The Border: Undocuments 1971-2007 (2007); and Crashboomlove: A Novel in Verse (1999), which received the Americas Award. In 2014, he released the nonfiction work Portraits of Hispanic American Heroes, which showcases twenty Hispanic and Latino American men and women who have made outstanding contributions to the arts, politics, science, humanitarianism, and athletics. His book Jabberwalking (2018) is a children’s book focused on turning your wonder at the world around you into weird, wild, incandescent poetry.

“The fire that appears again and again in Herrera’s poetry exists to illuminate, to make beautiful, to purify.” —New York Times Book Review 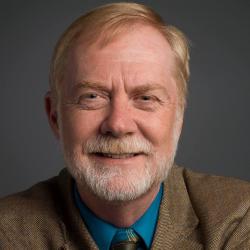 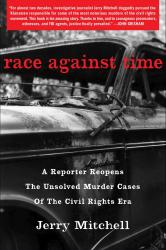 Jerry Mitchell, investigative reporter for the Clarion-Ledger in Jackson, Mississippi, and MacArthur Fellow, will talk about his new book: Race Against Time: A Reporter Reopens the Unsolved Murder Cases of the Civil Rights Era (2020)

*With the first U.S. presidential debate of 2020 scheduled for 8:00 PM Central on September 29, we have moved the live start time for this Hall Center event up to 4:00 PM Central. The talk will be recorded and available to watch at your convenience just a few minutes after the livestream ends.

On June 21, 1964, more than twenty Klansmen murdered three civil rights workers. The killings, in what would become known as the "Mississippi Burning" case, were among the most brazen acts of violence during the civil rights movement. And even though the killers' identities, including the sheriff's deputy, were an open secret, no one was charged with murder in the months and years that followed. It took forty-one years before the mastermind behind these murders was brought to trial and convicted for the three innocent lives he took. In Race Against Time, Mitchell takes readers on the twisting, pulse-racing road that led to convictions for the assassination of Medgar Evers, the firebombing of Vernon Dahmer, the 16th Street Church bombing in Birmingham, and the Mississippi Burning case. Mitchell, who played a key role in this crusade, reveals how he unearthed secret documents, found long-lost suspects and witnesses, and built up evidence strong enough to take on the Klan and put four leading Klansmen behind bars, years after they thought they had gotten away with murder. 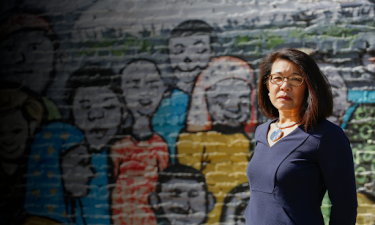 Erika Lee will join us to talk about her latest book, America for Americans: A History of Xenophobia in the United States (2019). One of the nation’s leading immigration and Asian American historians, Erika Lee teaches American history at the University of Minnesota, where she is a Regents Professor, a Distinguished McKnight University Professor, the Rudolph J. Vecoli Chair in Immigration History, and the Director of the Immigration History Research Center. The granddaughter of Chinese immigrants, Lee grew up in the San Francisco Bay Area, attended Tufts University, and received her PhD from the University of California, Berkeley. Lee is the author of four award-winning books in U.S. immigration and Asian American history: At America’s Gates: Chinese Immigration during the Exclusion Era, 1882-1943 (2003), Angel island: Immigrant Gateway to America (co-authored with Judy Yung, 2010), and The Making of Asian-America (2015). As director of the Immigration History Research Center, Lee has worked to merge immigration history with the digital humanities. She launched and oversees the National Endowment for the Humanities-funded ‘Immigrant Stories Project,’ which works with recent immigrants and refugees to collect, preserve, and share their experiences through a new multi-lingual digital story-telling website and collection. She also founded and co-organized the #ImmigrationSyllabus, a digital educational resource offering historical perspectives on contemporary immigration debates. 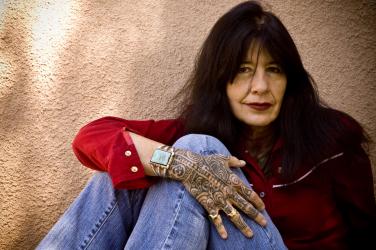 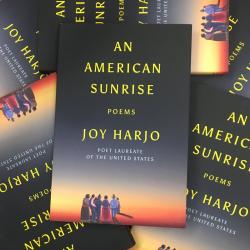 *This event has been postponed to Fall 2021*

Joy Harjo is an internationally renowned performer and writer of the Muscogee (Creek) Nation. She is the author of nine books of poetry, several plays and children's books, and a memoir, Crazy Brave. Her many honors include the Ruth Lily Prize for Lifetime Achievement from the Poetry Foundation, the Academy of American Poets Wallace Stevens Award, a PEN USA Literary Award, Lila Wallace-Reader's Digest Fund Writers' Award, a Rasmuson US Artist Fellowship, two NEA fellowships, and a Guggenheim Fellowship. Harjo is a chancellor of the Academy of American Poets and is a founding board member of the Native Arts and Cultures Foundation. She lives in Tulsa, Oklahoma, where she is a Tulsa Artist Fellow. 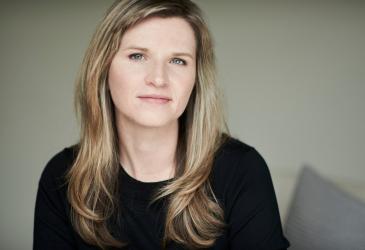 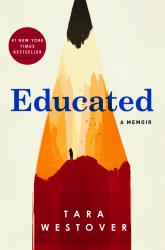 Tara Westover was seventeen the first time she set foot in a classroom. Born to survivalists in the mountains of Idaho, she prepared for the end of the world by stockpiling home-canned peaches. In the summer she stewed herbs for her mother, a midwife and healer, and in the winter she salvaged in her father's junkyard.

Her father forbade hospitals, so Tara never saw a doctor or nurse. Gashes and concussions, even burns from explosions, were all treated at home with herbalism. The family was so isolated from mainstream society that there was no one to ensure the children received an education, and no one to intervene when Tara's older brother became violent.

Then, lacking a formal education, Tara began to educate herself. She taught herself enough mathematics and grammar to be admitted to Brigham Young University, where she studied history, learning for the first time about important world events like the Holocaust and the civil rights movement. Her quest for knowledge transformed her, taking her over oceans and across continents, to Harvard and to Cambridge. Only then would she wonder if she'd traveled too far, if there was still a way home.

"An amazing story, and truly inspiring. It's even better than you've heard." - Bill Gates

"Heart-wrenching . . . a beautiful testament to the power of education to open eyes and change lives." - Amy Chua, The New York Times Book Review

Throughout U.S. history, immigration has played a central role in enriching the country's development, yet migrants have repeatedly faced discrimination and controversy over their presence. Forced removal of indigenous peoples from their ancestral lands and of enslaved Africans from their homelands to the Americas has cast a long shadow over U.S. history. These stories form part of a global narrative in which migration has been a constant, often fraught component of human history. The Hall Center for the Humanities' 2020-2021 speaker series, MIGRATION STORIES, features a range of humanities scholars and writers whose work on immigration, especially the stories of those whose lives have included migration, highlights the continued significance and relevance of the humanities to our contemporary world.

This speaker series is co-sponsored by the KU Center for Migration Research.

For more extensive information on the following portion of the 2020-2021 Humanities Lectures Series, please visit the Migration Stories Page.

August 12, 2020, 7:30 PM: José Olivarez, author, poet, and educator, will read from his first book- length poetry collection, Citizen Illegal (2018), winner of the Chicago Review of Books Poetry Prize, finalist for the prestigious PEN/Jean Stein Book Award, and named a top book of 2018 by the New York Public Library. This talk is now available on the Hall Center Youtube channel.

October 22, 2020, 7:30 PM: Erika Lee (Carnegie Fellow, 2018-2020; Regents Professor, Distinguished McKnight University Professor, the Rudolph J. Vecoli Chair in Immigration History, and the Director of the Immigration History Research Center, University of Minnesota) will talk about her newest book America for Americans: A History of Xenophobia in the United States (2019).

March 3, 2021, 7:30 PM: Donna Gabaccia (Professor Emerita of History, University of Toronto) will speak about her book, Gender and International Migration: From the Slavery Era to the Global Age (2015), co-authored with Katharine M. Donato.

April 7, 2021, 7:30 PM: Lual Mayen, who grew up in a refugee camp in Uganda and is now the award-winning CEO of a game development company in Washington, D.C., will give a talk entitled "From Refugee to Game Developer: Peacemaking through the Art of Gaming."

Also in Spring, 2021: a KU research team including Elizabeth MacGonagle (Associate Professor of History and of African and African American Studies and Director of the Kansas African Studies Center), Marta Caminero-Santangelo (Professor of English and Director of the Center for Latin American and Caribbean Studies), Abel Chikanda (Assistant Professor of African and African American Studies and of Geography and Atmospheric Science), Meg Jamieson (Assistant Professor of Film and Media Studies), Brian Rosenblum (Librarian for Digital Scholarship, KU Libraries, and Co-Director of Institute for Digital research in the Humanities), Hannah Britton (Professor of Political Science and of Women, Gender, and Sexuality Studies), and Sylvia Fernandez (Post-doctoral Researcher at Hall Center for the Humanities) will give a presentation about their work on the intergenerational stories of Latin American and African migration to the Heartland. Date and time to be announced!